Now the map are separated to parts:
-“Base” scs file is a mandatory part (contains models and definition part of the map).
– Other parts are can be installed by everyone’s wish (depended of which territory are needed to be improved for him):
– “Bellingham Heights” – Former “Bellingham Heights improvements” file but without models and defs.
– “Untitled others” – sectors in Oregon which open hidden roads in Oregon (will be renamed as soon as I will start working in Oregon) 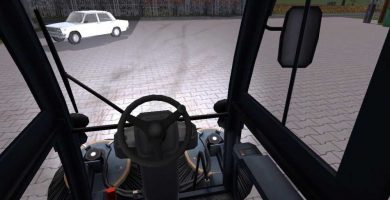 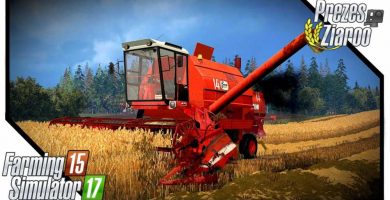 What Mod has:
Configurations: – There are no xD
On the approach: – Doors – Side flaps (there are as many as 4!) – Installed rear tarpaulin or chaff cutter! – Side window
Movable: – Fans – Cabin windmill – Engine wheel – Belts – Doors – Pendant in the cabin – Seat
And: – Grain header – Corn header – Trolley – Openable hopper flap – Unfolding on the X key – Start working on the B key – Realistic smoke! – Opening door – Opening glass – Animation of grain, straw, etc – Realistic 2 roosters – Animated Mamometer hand – Animated temperature hand – Animated RPM hand that vibrates at idle! – Steering Assist Animation and Wheel Fight – Mod / Hand Animation – Lights – Dynamic Camera – 0 Log Errors! – 0 errors in txt! – Real sounds! – IT IS NOT POSSIBLE TO DESCRIBE EVERYTHING! THIS MUST BE DOWNLOADED AND SEE FOR YOURSELF! 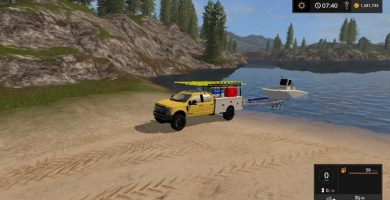 So I found out there certainly was some issues with v1 but that was to be expected it was a v1 so I added a Hitch(fixed attacher joints) and made the glass clear. any issues cantact me @ [email protected] 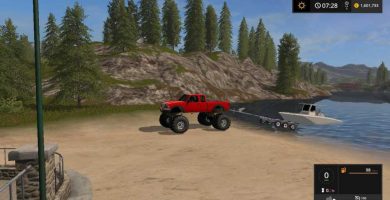 Just a quick edit I made to the chevy mud truck ranbow145 made i just replaced the chevy body with the ranger body so it is completly error free. if you manage to find any errors contect me @ [email protected] 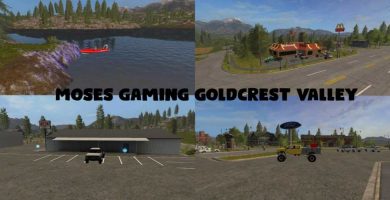 This is just a mod map I’ve been working on for a while I’ve replaced the shop with a dodge dealer and the other buildings in that lot with Napa auto parts and a for dealership and the I replaced the diner across the road from the shops with a mcdonalds. I also added a boat ramp (the map works with boats.).