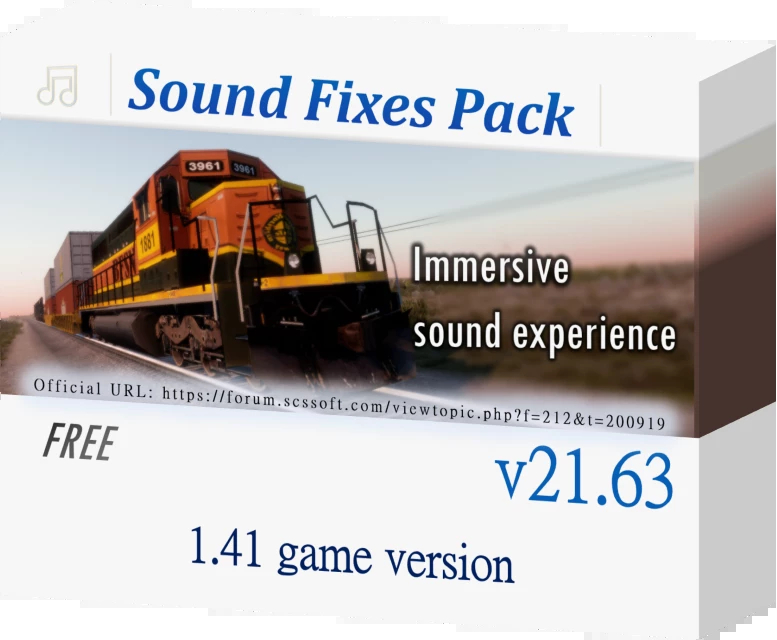 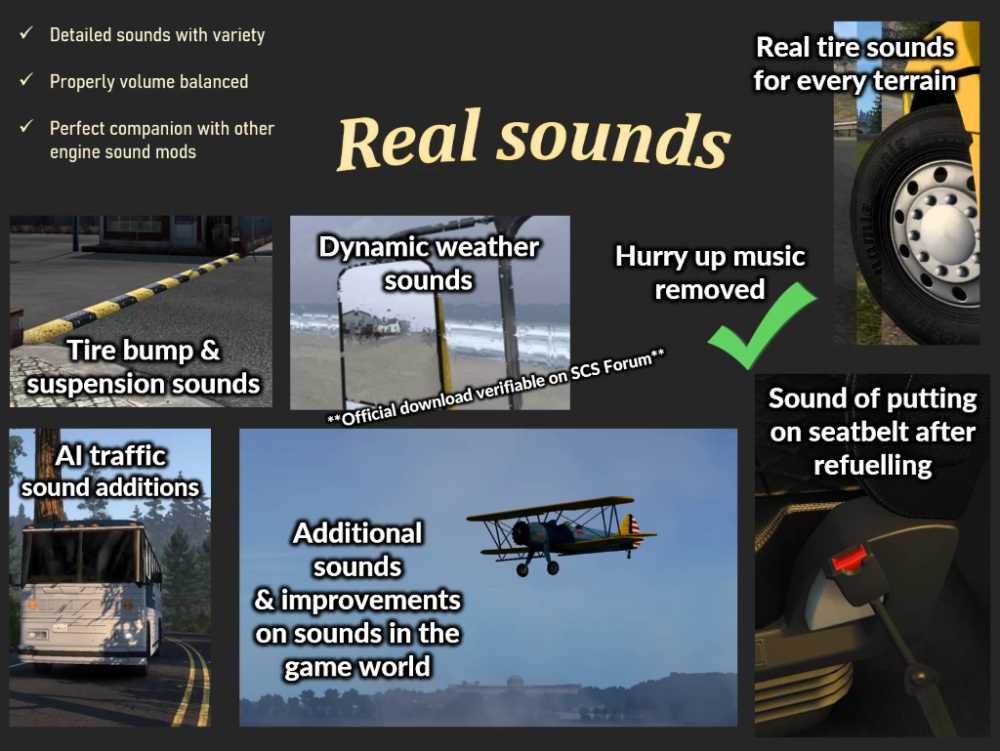 Compatibility notice:
The new unique train sound may be only partially compatible with train mods replacing default locomotive definitions.
This may occur with mods such as long train mods.
If you prefer longer trains, put the other train mod in higher priority, although the sound will fallback to default.
If you would like the unique sounds, keep the Sound Fixes Pack in higher priority, although the train length will be as default.

For map modders enforcing long train lengths, it is recommended to ensure locomotive definitions are standalone for the best compatibility.

Brake whistle can now be more reliably audible when you use the brakes to come to a complete stop.
Enhanced wind buffeting effect.

– The ultimate variety of suspension and tire bump sounds when driving over curbs or bumps in the road
– Fuel / gas station sounds
– Door close and seatbelt sounds after refueling
– Train sound improvements, including a comprehensive sound for the EMD SD40
– Real tire and road noise for all terrains: asphalt, gravel, grass, and sleeper lines
– The familiar sound of the brake whistle when coming to a stop on an asphalt road
– Nokia phone ringtone sound replacing the hurry up / late music, leading to less stress for the player
– Default common sound replacements, such as the default air brake sounds
– Improved sounds for some AI traffic vehicles, including sounds for Jazzycat’s Motorcycle Traffic Pack
– AI traffic truck and bus air brake sound replacements
– English UK/US voice navigation variants with speaker effect added and no unrealistic phrases
– Wind buffeting and rush of air sounds at high speeds only when the window is open
– Location based sounds of environment
– Sounds for animated objects such as F22 jet fighters and biplanes
– Trailer coupling and trailer brace rotation sounds
– One standalone air horn
– Variable rain and thunder sounds
– The default wiper sound may now squeak only when the windshield is dry
– (Optional) Reefer / refrigerated trailer sound functionality that can be activated by trailer mods 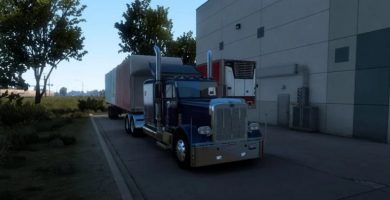 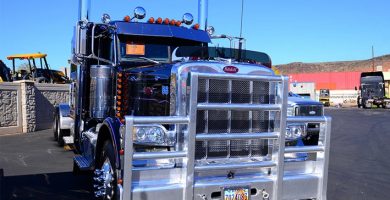 Pack adds in traffic tuned trucks.
All standalone.
Cables simulation.
Works on any maps.
Compatible with AI packs by Jazzycat.
For version 1.41.x 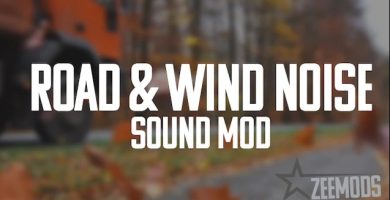 This mod is the ultimate enhancement to complete your soundscape, containing realistic road noises for asphalt and gravel with typical tire whine sound, rumble strip sounds and tire bump sounds.

It also contains interior wind and cabin ambience sounds. When your truck speed increases, the sound of the wind hitting the windshield will become more obvious, especially with the windows closed. Crack open the window and hear the rush of air blowing around the entire cabin.
All volume balanced according to real-life, it’s the perfect companion for any of my Sound & Engine Packs. 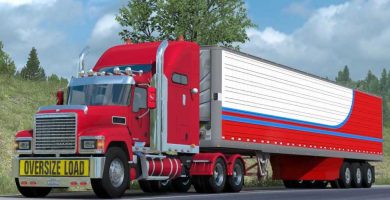 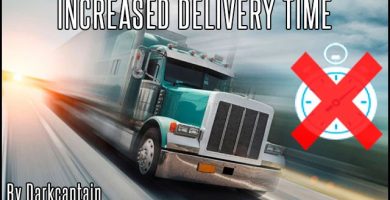 Do you like work without rush and enjoy the trip?? maybe this mod is for you. This mod extends the time frame for deliveries.
With this mod you get double available time (approx.) for deliveries.
This mod may be affected if you use another Economy Mod, don’t use it!