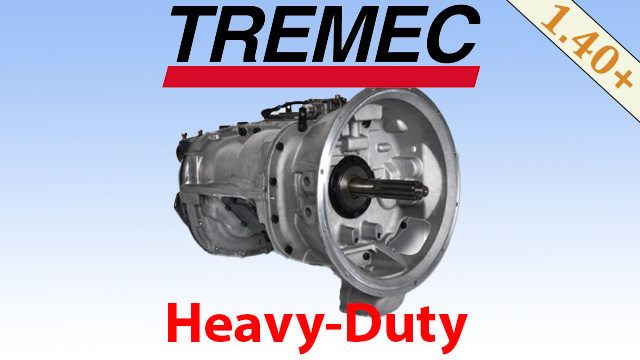 This mod adds TREMEC Heavy-Duty automated manual transmissions. Please note, some trucks from the list I add just for testing these transmissions.

This mod adds next TREMEC transmisions:

This is a small tuning pack featuring fleet skins and smaller tuning parts of the company Vogel Transporte. I wasn’t satisfied with the available Vogel skins so I decided to make a big skinpack focusing on accuracy. The skinpack will expand from time to time with future updates.

You can choose between 10 skins for the swap bodies.

How to the body types work?

You can select the [Dryvan] to always carry the swap bodies. You will be able to carry dryvan cargo with them.

If you want to have the swap bodies as cargo, you’ll have to choose the [SwapBodies] body type.

How can I reverse the turntable trailer myself?

go to your profile directory, open the config file (EuroTruckSimulator2/Profiles/yourprofile/config.cfg)

In the file you have to change the “uset g_simple_parking_doubles from “1” to “0”.

This mod removes crossroads barriers and collisions with closed roads.

The mod has been updated for version 1.40.x

Mod replaces the default model of the Mercedes Actros MP3

– Plastic and paint bumper and part of the cab

– A movable part on the rear wings

– The decals on side glass

You can support my work if you want, it’s up to you: