Download ETS2 interior mods to change the way you see the world from your truck. Even though the game offers some variety in terms of interior details, you don’t have that many options to change the look and upholstery materials like in the real world. Some of the interior mods are fully aesthetical and only change the way your interior looks, for example making it more luxurious by changing plastic covers into leather or switching colors, etc. Other interior mods can also add functionality and practicality like placing a GPS on the dash or fitting one where it is supposed to go.
There are also modifications for Euro Truck Simulator 2 interiors which are made with custom accessories that you can play with. Finally you can also download interior mods which make the interior closer to its real-life counterparts. Being able to fully customize your truck is one of those things that makes every experience on ETS 2 very different. Players can add LED lights, funny interior toys, functional devices, flags as well as other gimmicks that make the cabin of the truck a more personalized and cozier environment.
All mods for Euro Truck Simulator 2 are completely free on Gamersmods, so you can download one or all mods for your game. Keep in mind that the modification has to be compatible with the version of ETS 2 that you are currently running. Leave a 5-star review if you love the mod. 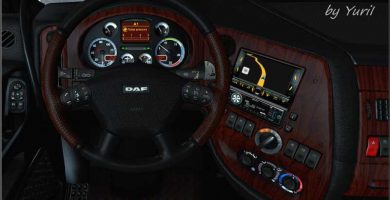 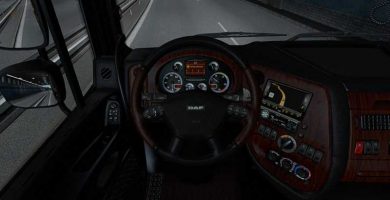 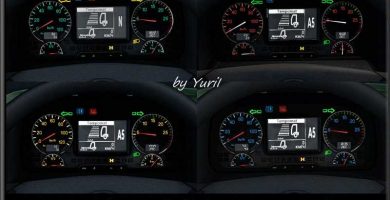 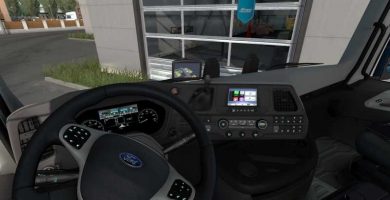 Sometimes little things are important elements of immersion in the game. So I decided to put my order in the interiors of ETS2 trucks a bit (ATS too). The main essence of the mod is not a fanatical increase in the number of polygons of some elements in interiors: on sensors, steering wheels, on mirrors. Only those elements that are in sight most of the time during flights are affected. The mod does not conflict with retexture mods, as well as with any mods with tuning that does not concern the 3D model of the cabin and some standard elements, such as mirrors.

Warning:
This mod it’s a beta version of project. Please report about bugs.
This mod adds only left side interiors. Right side – in future, may be 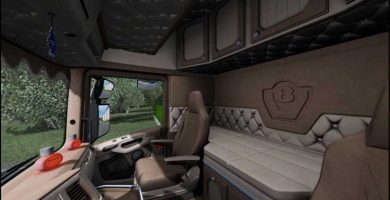 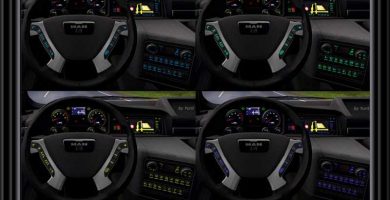 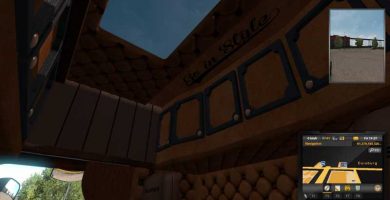 Brown RJL leather interior for the 6 series.
Just drop the file into your mod folder and it should work.
Technically it should work for all versions given you have the right RJL version.
It’s topline scania exclusive so it won’t show up for highline, normal or longline. 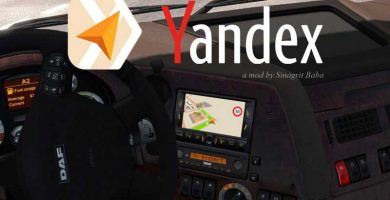