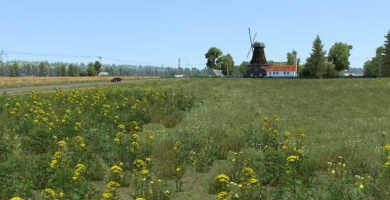 This mod improves the default summer environment & weather and transforms older parts of the map with newer high resolution graphics.

Works with Promods, TSM, Rus Map, MHA, and others.
Works with all map DLC’s

Important!!
Please disable other graphics, weather and HDR mods or you may experience issues, conflicts and crashes.
If you are using Next-Gen only use the base part of that mod.
New Summer should be given a high priority in Mod Manager. 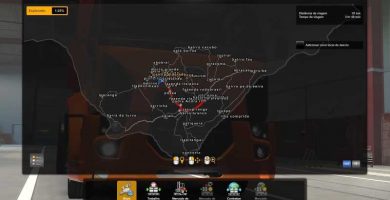 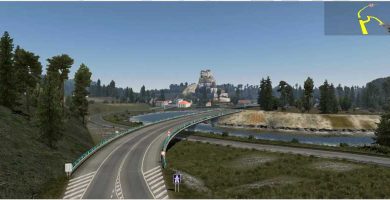 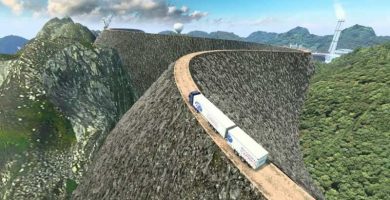 MAP WITH FICTIONAL CITIES FOR FUN ONLY

DEADLY ROUTES WITH TIME I WILL ADD NEW ROUTES AND CITIES.

NOT TESTED ON OTHER VERSIONS 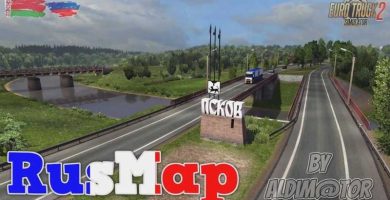 RusMap – is very detailed map and has long been liked by the users of the game. Many truck drivers in real life have traveled the country far and wide! Visited many cities in transit or at work. Maybe for some driver this map is nostalgia, for someone it’s just the very beginning of the work, but most importantly each of us has become an admirer of the RusMap map!

– Continued expansion of St. Petersburg (added concern “Almaz-Antey, including in the logistics of the game);

– At the request of the author (10avoid), and also considering that the Rusmap team was engaged in full adaptation and decoupling from the Southern region, the SZM addon was included in the map. At least until the release of the DLS “Heart of Russia”, it will be part of Rusmap (well, then it will be seen);

– Fixed bugs of the previous version;

– Many other changes (continued cleaning of archives from obsolete assets with transfer to updated ones, or replacing them with default ones).

– Roads in Russia and Belarus;

– Various objects and points of delivery of goods, companies.

– russian placeables on the map

New map icons for ETS2 based mainly on the pre-1.41 icon set.

The entire base map icon set has been redesigned, including icons from the ProMods map. The classic style of the pre-1.41 icons has been reimplemented with inspiration from the post-1.41 icon set.

This mod has no dependencies or requirements; it can be used in combination with any map mod. Load this mod above all map mods.

This mod may be incompatible with other UI mods that change the map icons. 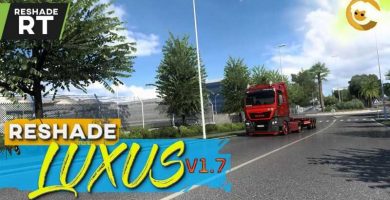 Built on the concept “less is more” JD6 LuxuS preset is the definitive way to enhance how ETS 2 looks. There are no silly unrealistic overblown AO effects or weird reflections/artifacting as most amateurs produce. Various carefully adjusted presets are included to match your PC’s level of performance. The lowest recommended GPU is an Nvidia GTX 1050 Ti 4GB or its AMD equivalent but you can try it with even lower end video cards.

-multiple changes to the RTGI shader

-tweaks to the RTGI shader

-further adjustments across all 4 included presets 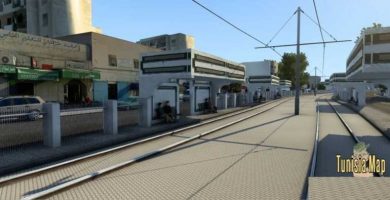 1. Not less than 75% realistic environement.

You must own these 6 map DLCs, otherwise the mod will not work !!

– Beyond the Baltic Sea

– Road to the Black Sea

Place the TunisiaMap.scs file into your mod folder.

If you play for the first time :

2. Activate the mod in your mod manager (on top left)

3. Select “TunisiaMap.mbd” module instead of “Europe” before starting