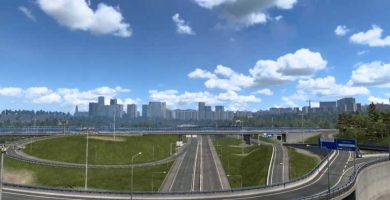 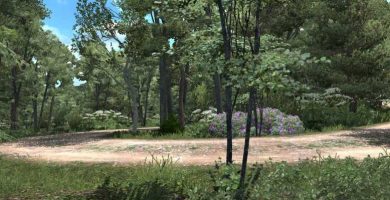 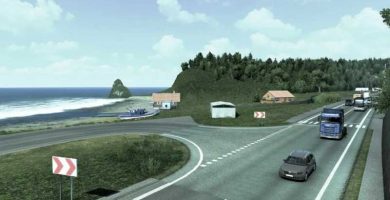 This is a map of “Hokkaido” in Japan.

The module name is “Japan”.

Non-standalone Map of Tasmania and Australia.
Compatible with many maps: , Promods, Rusmap, Eldorado and many others.

The map is replete with beautiful mountain landscapes and picturesque landscapes.
Many difficult roads on mountain serpentines, dense forests, crossings through watery spaces and just trips on planks and on icy snow

Changelog v5.3.1
Fixed compatibility with version 1.43 (not without errors, but now it does not fly)
Russified cities and country names
Small changes in ferry messages
Errors due to SCS changes (invisible walls, vegetation on the road, etc.) remained in place.
Attempt to deploy traffic lights (did not happen everywhere) 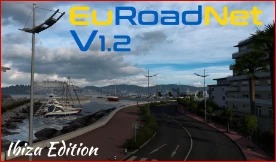 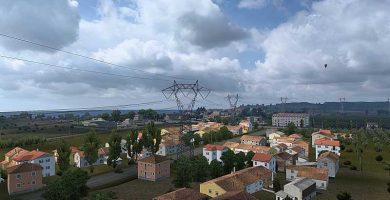 The map is a refinement and improvement of Italy from DLC Italy.

New buildings and a TV tower in Rome

New small towns on the hills of Castelli Romani, south of Rome…

The town of Candela, on the hills along the A-16 highway (scenery)

The town of Sibari in Calabria (scenery)

One of the most important “landmarks” for those who drive along the A 14 highway towards Puglia are the Gargano Mountains, they are finally visible!

The city of Pesaro has been improved

A piece of the city of Sanremo, visible from the viaduct on E-80

Added the Majella Mountains, the second highest peak of the Appennini (2795 m above sea level).

Now Vesuvius is a little bigger than originally 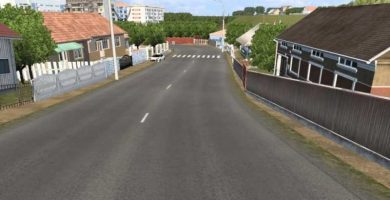 improvement And Fixed Bugs In Pitesti-Gaesti 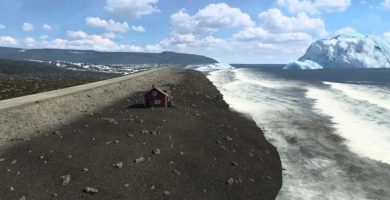 It’s a small project as I didn’t want to bite off more than I could chew for my first release. However the island is teeming with culture.

– fixes manifest file with the permission of my teacher Digital X