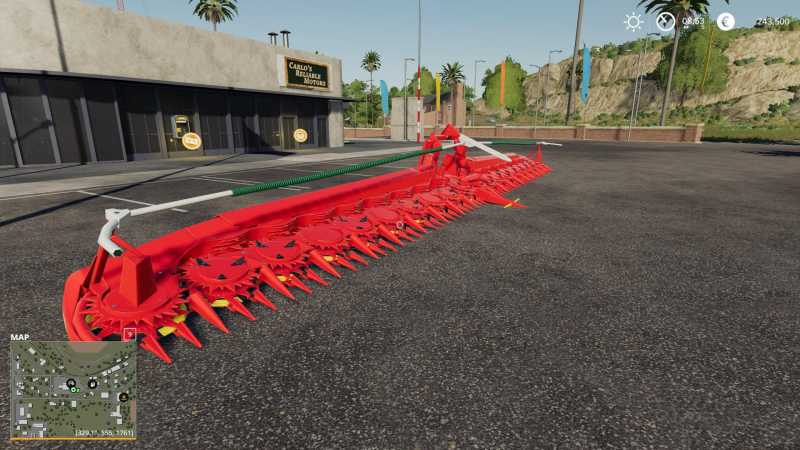 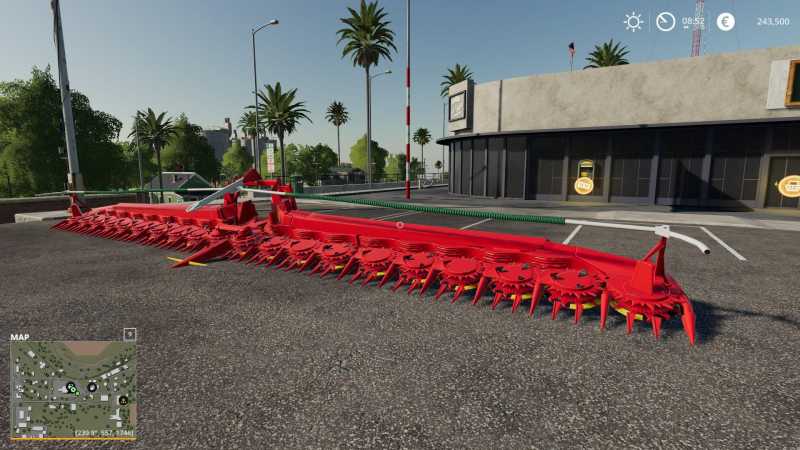 Will the market be ready for a 20-row header in 2020?
The Kemper company is hoping for answers to this question at Agritechnica in Hanover. 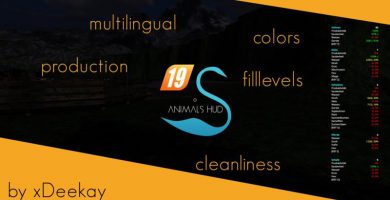 After a long break, another version of Animals Hud has now been developed.

The Mod AnimalsHUD by xDeekay was further developed by me in November 2019.

IMPORTANT: The original version was NOT Seasons compatible. This has now been implemented as an option. In the
Lines 29 and 30 you can choose whether the mods ‘Seasons’ and ‘MoreBunkerSilo’ are used. Must be correct here
‘true’ or ‘false’ must be entered, as these mods determine the composition of the required / possible animal feed
influence. If these variables are not set correctly, LUA errors or incorrect display values ​​will occur because
the program asks otherwise invalid variables (Seasons) or incorrectly calculated feed levels (MoreBunkerSilo).

Note 1: The ability to run WITHOUT Seasons and / or WITHOUT MoreBunkerSilo has NOT been extensively tested.
Note 2: The displayed order of the stalls within a species seems to be random due to LS.

Changes
– Texts defined in the keyboard layout (de / en)
– new display functions (see also keyboard layout and display modes)
– optimized font colors
– colored backgrounds for better readability and differentiation (currently one color per animal)
– Font size: finer gradations possible, limited to small to large (but no longer tiny to fissured)
– Animal logos next to the HUD sections (dynamic resizing with font size)
– Choice of animal logos
– dynamic resizing of the HUD (length and width)
– HUD placeable via variables in the animalshud.lua file
– Seasons does NOT use water in permanently installed chicken coops; however, a line ‘Water —-‘ is now displayed so that it looks the same for all houses
– Extended storage of the individual configuration (display type combined / latitude / longitude, animal logos including transparency)

– BugFix: There is a discrepancy in the pigs (maximum content of the feed trough of maize / CCM) between
Seasons and AnimalsHUD. AnimalsHUD reads the trough size only half the size. The origin of the
Error could be in the LS (in combination with seasons).
Remedy: The displayed size of the maize / CCM trough for the pigs was corrected in the code ‘hard’ and in
therefore add a ‘*’ to the display.

MoreBunkerSilo only produces these types of feed when a (newly purchased) barn requires it. Therefore, the
necessary IDs of these feed types cannot be determined when starting a new game.

IMPORTANT: The IDs are NOT permanently assigned in single and multiplayer games! Therefore these IDs have to be used when starting the game
be measured explicitly. If no bill barn or cow / sheep barn has been bought in the game so far, the
ID cannot be determined initially.

After buying a stable (pigs, cows or sheep), AnimalsHUD automatically recalculates both IDs. This is done in the
Log file also documented. A manual recalculation of the IDs is triggered when a house type (pigs, cows
or sheep) or hide and show all stables once.

Shows all details of the animals on the screen (Hud).
Support with a small donation at: https://www.buymeacoffee.com/xDeekay
Animals in the stables chickens, cows, pigs, horses, sheep

Info in the .txt file in the mod
-> New design in version 3.5.0.4 beta (xDeekay + michel)
-> Multilingual
-> production%
-> cleanliness in%
-> Food in the filling troughs in liters + current filling volume +%
-> water, straw etc.
-> Products: eggs, milk, manure, liquid manure, wool
-> Font size can be changed and saved for the next time
-> The Hud can also be saved.
-> In addition, from version 3.1.0.0 the products of the animals. Liter, kg
-> From version 3.1.0.0 the KeyInputs must be set. so everyone can determine what they want to be displayed.

You can choose what should be displayed. Station wagons are also possible.
Multiplayer tested! Who can please let me know whether everything works or not. Thanks.
If everything is ok, don’t forget to put your thumbs up. 🙂 PS: make a subscription for the future mods.
Have fun with it!
Re-uploading and uploading to another platform is only allowed with my permission.
No liability for any damage to the server, people, savegame, game or files.
Use at your own risk. 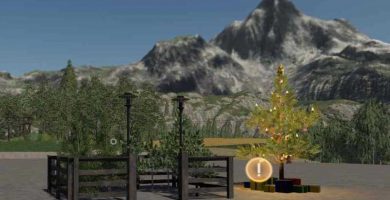 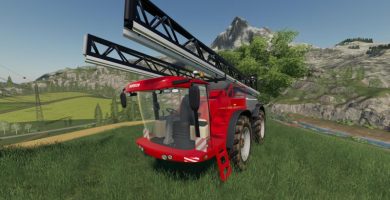 ATTENTION: This mod is an early version. All important functions are available, but there are some things which have to be improved. 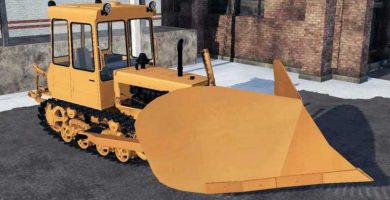 The wedge blade is designed for various snow removal work, for snow maintenance work in fields.
Most often they are used to cut the road through a solid, snow cover.
The cost of the blade – 74 200. 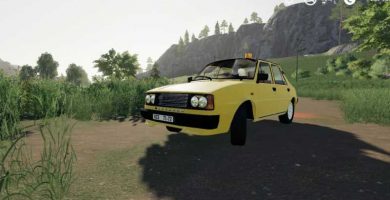 Škoda 120LS for Farming simulator 19
Power: 52
Maximum Speed: 90
Price: 2500
Category: Cars
This vehicle allows you to customize your machinery anywhere on the map.