Here, on Gamersmods we have a vast and diverse library of Microsoft Flight Simulator 2020 mods. They are divided into 6 different categories – aircraft, airport, liveries, cockpits, scenery as well as tools mods. But what about those that don’t fall under the aforementioned six categories? Well, they get put here in the MSFS 2020 other mods category. If you weren’t able to find the thing that you were looking for in other mod category lists, take a peek around here. It’s highly likely that the mod in question will be present and available for download. Since all mods for Microsoft Flight Simulator 2020 are entirely free on Gamersmods, don’t hesitate and start improving and changing your gameplay experience today!
It’s always worth looking at this category of mods regardless because you can find something new and exciting every time. You might not be looking for a plane or airport mod when you find just the thing that your gameplay has been missing, on here. If you want to know more about a particular modification, click on its title or thumbnail in the catalogue. You can see high-quality images of the mod in-action as well as read a thorough description about it.

2. In it, you should find 2 more files. Namely,
–> A file named “XX_AIRFRAME_HUBLOT_EMIS.PNG.DDS”
–> And another .zip file named “original-file.zip”.
The “original-file” is basically a backup, so later if you want to go back to the old seats without Pepe, you can. More on that below.

4. Go to your ‘Official’ folder. (located in the same place as your community folder)
Don’t know where that is? No problem! Here is a tutorial by Clink123 that will help you find it: https://www.youtube.com/c/Clink123/videos

7. Last step, take the file that you had renamed, and drop it into here. You should get the pop-up asking you if you want to replace, hit yes. If this pop-up doesn’t come up, try following the steps again, something has probably gone wrong.

HOW TO GO BACK TO THE ORIGINAL TEXTURE?
–> Take the file in the “original-file.zip” named
“–_AIRFRAME_HUBLOT_EMIS.PNG.DDS”
Rename it by following step 4, then follow step 8.

This mod is purely for fun 🙂 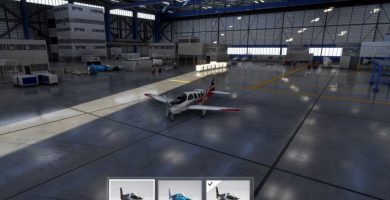 A simple paintkit for the Beechcraft Bonanza G36.

Original textures for the fuselage, wings, tail, livery & decals.
UV maps for the aforementioned textures (except the livery & decals)
PDN files which combine these two things into one (will need paint.net to open these, but you can overlap them manually in Photoshop as well)

The included livery-g36-template folder can be dropped in your Community folder to install it. You can just overwrite the textures in that folder. If you are going to rename the livery and texture folder, make sure to update the entries in aircraft.cfg as well as the layout.json!

If you want a sharper texture, you can just resize the textures to 4K and paint over them, this will increase the quality of your livery but also increase the file size by 4 times, so you have been warned!

Please reach out to me if you have any questions. 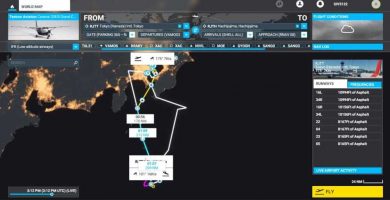 This is my first creator upload here! Just a small flight plan pack I made to reach all the STAR airports in Japan, complete with departures and arrivals. You can choose any plane to fly each leg with, but I recommend an A320 for the first one.

Really hope you enjoy it! 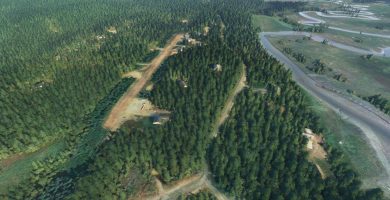 Enjoy flying over the beautiful southern part of Sweden. Thank you to the user “f99mlu” for providing a custom tool, and instruction, editing and much more, as well as “Vpilot” for providing help and testing.

This is my very first MSFS Bush Trip and could not have been accomplished without the help of the people mentioned in the brief overview. It’s a very simple bush trip with only one Point Of Interest, or POI, between each destination. This is meant to be flown slow and low and enjoy the Alaska landscape. I will say there are parts of areas or airports that need attention where usually water seems “off”, or the landscape needs work. Hopefully these will be addressed in the upcoming USA update in late November of 2020. Most legs are actually rather short as I wanted users to be able to fly a leg without getting too bored. Of course each leg is also automatically saved also, as it can be completed over time. Have fun and enjoy the Alaskan Bush Trip. 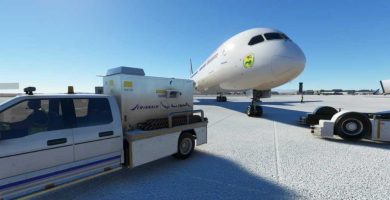 Hello, This is my first job, so maybe I made some mistake ! Just put it on the Community folder ! Have a nice fly ! 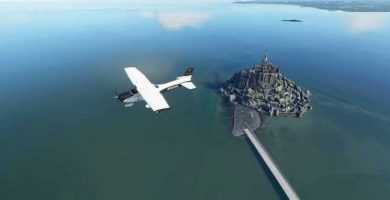 Welcome to the Part 2 of Tour de France in VFR! Part 1 ended up in Rouen so it’s time to continue our journey. Starting from Rouen, you will follow the Seine river up to the Normandy coast, visiting Etretat, Le Havre, Trouville, Deauville, the Normandy Beaches where D Day happened, Caen, Bayeux, Carentan, the Cotentin and its Havres, Chausey Islands, Granville, Mont Saint Michel, Cancale, Saint Malo, Saint Brieuc, Lannion, Roscoff, Ouessant, Quimper, Lorient, Belle Ile en Mer, Broceliande, Rennes, Guerande, Saint Nazaire. First draft release, feel free to notify me of any bugs (for sure there are many !). 11 legs for a total flight time of 6 hours. Included is a first batch of POIs released a test : Deauville Normandy Barriere Hotel, Casino, Palais des Congres. Lots of rework to be done in POIs before going further into including new ones! 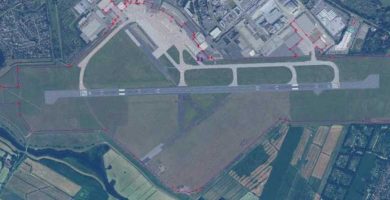 Fixes the Runway glitch for EDDW