GTA 6 is the video game with probably the most hype surrounding it as well as the most secrets, to this date. It’s the sandbox action masterpiece that we’re patiently waiting for. Once the game is released, we will definitely have the latest and most interesting mods for it. Beginning with cars, ending with planes, scenery, weapons and tools, all GTA 6 mods will be available for free on Gamersmods.
We also have some news about GTA 6 and the latest rumors about the game, its updates, trailers, features as well as any other relevant insider information that we can get our hands on. Don’t wait and check out the modifications for GTA 6 that are available today.
If none are available at the moment, it just means that the game hasn’t been launched on PC yet and thus, no mods can be downloaded. Please be sure that once the first mods are created, you will be able to find them on our site, completely free of charge. Meanwhile, check out mods for other games that we have on our site. As we all know, modifications help make the game much more interesting for you! 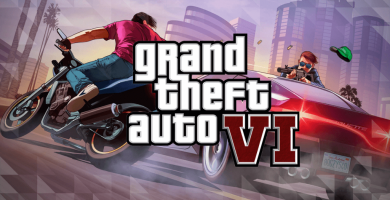 Trailer was made by fans GTA6

Are you curious to know what the trailer includes? Well, here are some of the elements that will see if you watch the trailer: a car rushing along a zigzag road; a helicopter flying over the sea and later on transforming into a Boeing plane.

You must admit that this fan-made trailer of GTA 6 is a really good job.
Check out the video 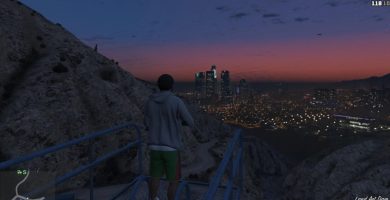 GTA 5 is in the news with its release on January 27, 2015 for its PC version. Rockstar is still focusing on its GTA 5 and alongside GTA 6 is also getting hot with its rumors.

The latest rumor in the market is about GTA 6 location. A Real state site Movoto is claiming that Portland is one of the best sites for the next version of GTA series which is Grand Theft Auto 6. Portland, the largest city in Oregon, has a population of more than 600,000 and is the third-most-populated city in the Pacific Northwest

Movoto says,”of all the categories to be lower, this is probably the one you all care least about, right?,”. Movoto also says,” If you’ve even been there or watched Portlandia, you’d probably agree.”.

Company points various features as one of the main is the Gun shops which is is 9 in number. This seems quite reasonable as GTA is famous for all the rough and harsh stuff. While on the other side this number quite low with respect to Los Santos i.e. 12.

Another one is the strip clubs which are mostly loved by every GTA fan. In this segment too Portland is ahead of Los Santos. Portland has 81 strip clubs which is really a huge number and very strong point for recommendation in GTA 6 location.

Another strong point yet little awkward is the number of coffee shops. Movoto itself says that Portland has 637 coffee shows within its limits. This number is very, very high which makes it unusual with respect to the number in Los Santos.

One weak point or may be a strong point for various fans is the number of the police station, which is 12 in Los Santos while its half is present in Portland.

GTA 6 location is yet not officially announced, but its predictions are really getting very strong feelings day by day. Other expected locations are the UK, London and various others.