MSFS 2020 airports mods.
According to the developers, Flight Simulator 2020 has close to 37,000 carefully and manually edited airports and airstrips from all over the world. More famous airports are recreated by the inch whilst other, lesser-known airstrips are manually-edited but AI-generated locations. However, you can always download a mod to have a more detailed rendition of any particular airport from around the world. Even the smallest or strangest airports are carefully detailed and recreated by mod authors and then published on our site. The best thing about it? They are all free.
Not all airport mods are the same. Some will be made with accordance to real-world details while others are going to be fictional or semi-fictionalized versions of real-world airports. Most modifications for MSFS 2020 are super easy to install and load. Just download the free airport mod from Gamersmods and drag and drop the files into your community folder. Properly launch the game and see how it looks in the game.
If you like mods, help us and the developers by rating them 5 stars or leaving a comment showing your appreciation. Don’t forget to check out other mod categories to improve the gameplay or completely change the way you play MSFS 2020. 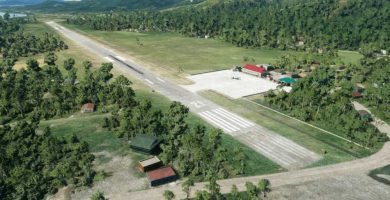 Romblon airport is operated by CebGo with flights from Manila

DISCLAIMER:
– Airport is 100% not accurate compared to the actual

If you have any problems regarding the addon, you may comment down below, PM me here in flightsim.to or here: TurtleTank Gaming | Facebook

HOPE YOU ENJOY THE SCENERY! 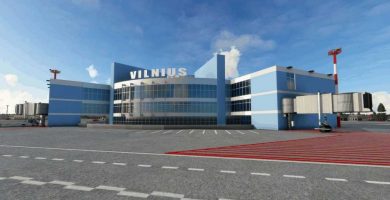 Please Note:
This airport project is still in early stages, so there is still missing a lot. I will be adding more details and improvements soon. 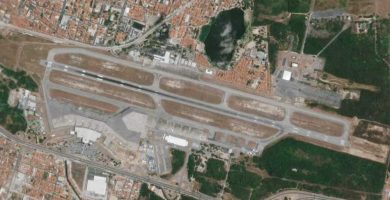 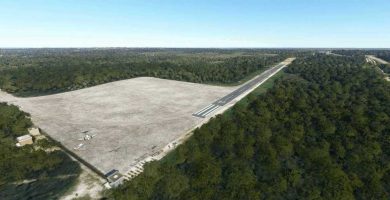 wikipedia: “Is a circular test track near Nardò in Italy with additional car test tracks and workshops. It is located in the Apulia region about 20 km northwest of the city. In May 2012, the Porsche subsidiary Porsche Engineering took over the operation of the test track from the previous owner Prototipo SpA.”

I created the runway 07/25 and 2 parking spaces and a fuel station.
It is an in-house airport. Since there is no ICAO code for this, I have designated this place as “LI91”).
Note: Li91!

If I find the time, I will expand this airport.
Have fun with it!

As always, it is installed in the community folder. 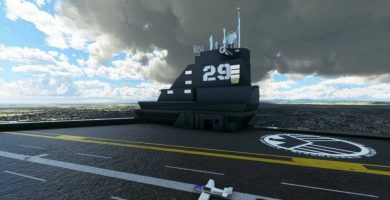 This is my first attempt to use Invisible Material.
The Helicarrier is located close to European Parliament in Strasbourg (Alsace)
Enjoy

The Helicarrier is a fictional flying aircraft carrier appearing in American comic books published by Marvel Comics. It is depicted as the crucial mobile command center, forward operations platform, and signature capital ship of the fictional intelligence/defense agency S.H.I.E.L.D. 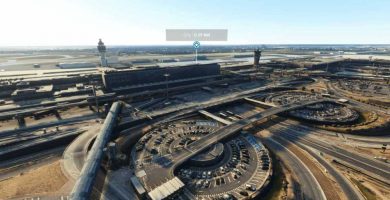 While waiting for Asobo to make us an beautiful 3D Orly, here is the Google version

There are two versions of this airport:

The generated google 3D model of this place is not like Bing so the ground and raods are much higher than Bing map, so to satisfy as many people as possible i lowered the stage so that you can see the ground of asobo with planes etc…
But the downside is that you won’t be able to see the entire scene like in the first photos

This is the reverse of version 1, you will have the complete ORLY airport scene with roads, parkings etc…
But part of the ground of asobo with the planes will be covered

Thanks again to miguel88 for is light mods 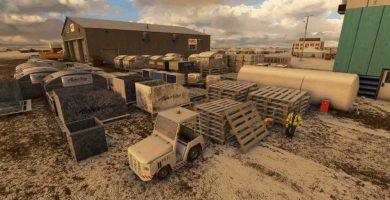 Thanks so much to everyone who appreciates me and supports my passion for making these scenarios. If you liked it, just a comment, if you want to donate something like a coffee I’m happy anyway and can help me to improve this scenery.

In my opinion my best airport ever done 😉

WHATS NEW in 1.4 (SUPER BIG UPDATE!)
+ complete all the main airport building!
+ added a new static helicopter model in the colors of the North Slope Borough Search and Rescue.
+ complete all the airport fence around airport area
+ all the main streets of the city are doing new, because in case of snow, they were not visible, now are.
+ fix ILS localizer (not perfect again)
+ fx snow heaps near the runway and taxiways

Wiley Post–Will Rogers Memorial Airport , (IATA 1: BRW , ICAO: PABR , FAA LID: BRW ) often referred to as Post/Rogers Memorial , is a public airport located in Utqiagvik (Barrow), the largest city and borough seat of the North Slope Borough of the U.S. state of Alaska. The airport is owned by the state. Situated on the Chukchi Sea at a latitude of 71.29°N, the airport is the farthest north of any in US territory. The airport is named after American humorist Will Rogers and aviator Wiley Post, both of whom died about 9 mi (14 km) away at Point Barrow in a 1935 airplane crash. 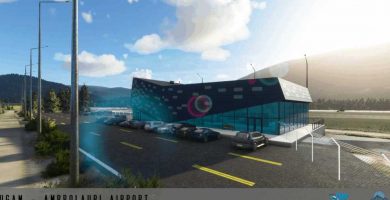 Ambrolauri
(Georgian: ამბროლაური) is a city in Georgia, located in the western part of the country, on both banks of the Rioni river, at the elevation of 550 m above sea level. It is a self-governing city. At the same time, the city serves as the seat of the Racha-Lechkhumi and Kvemo Svaneti regional administration and the Ambrolauri Municipality. According to the 2014 census, the city had a population of 2,047. Its area is 1.6 km². Ambrolauri is first recorded in the 17th century as a place, where one of the palaces of the kings of Imereti was located. It acquired the city status in 1966 and became a self-governing city with its own municipal government in 2014.

The airport
is nestled into the Caucasus mountains right at the bank of the river Rioni. It has a single runway of 1100 m length and caters small propeller aeroplanes. The apron has space for two planes at a time and caters up to 50 passengers at one time.

In the Simulator
The virtual airport is very close to its real-world counterpart. All the buildings at and near the airport are modelled and the terminal even has an interior that can be seen from outside. The look and feel from a trip to the Racha region is definitely there. In real life, only small planes fly to the airport but that shouldn’t stop you to bring planes from the size of the Dash 8.

Installation
is pretty straightforward. Just unzip and copy the folder into your Community folder. If you like what you see and want to “buy me beer”, you can do so with Paypal