As one of the most realistic and immersive farming simulators out there, FS22 offers amazing variety and tons of cool stuff to do in-game. Whether you like to cool down by managing a world-class farm or whether you just enjoy being around nature, albeit virtually, Farming simulator 22 is one of those games that can suck you in and not let go for thousands of hours. Even when the base game seems not too deep or immersive enough, you can add more layers to your experience by downloading Farming simulator 22 mods for the PC.

Gamersmods has a vast and unique library of FS22 implements & tools, tractor as well as trailer mods that can subtly or completely overhaul the way you play this game. Some mods are completely new and will make your experience totally unique while others are being used by thousands of FS22 players from all over the world. Avoid monotony and restricting yourselves to only the base list of vehicles and items in-game. Download mods and expand your horizons by having more capable machinery, better AI, higher-resolution textures, or downloading packs of mods that change entire categories of items and objects in the game. All FS22 mods on Gamersmods are completely free and you can download them without any extra cost. If you appreciate the mod, support us and the mod developer by leaving a five-star review or a nice comment about the mod in the comment section. 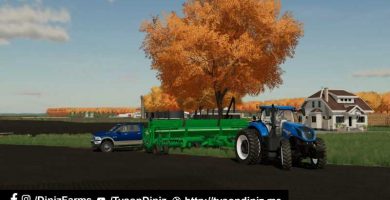 This update solely addresses the issue with placing trees. I have built the MoreTrees mod into the map, so you can now place trees to your heart’s content.

You can continue your old save game with this update, again this DOES NOT REQUIRE A NEW SAVE GAME!

See the Facebook post below this one for details about Multi-Terrain Angle for those waiting for it.

You can continue your old save game with this update, again this DOES NOT REQUIRE A NEW SAVE GAME!

Midwest Horizon was originally released for Farming Simulator 19 by Txzar Mapping, and instantly became a hit in the North American Farming Simulator community, the map is based on New Bremen, Ohio, and offers great opportunities for building your own farm of any scale. For Farming Simulator 22 I opted to change as little as possible on the conversion to preserve the style of gameplay that was this map’s claim to fame. With 127 fields, and numerous static farmyards, your options are endless, so buy a pickup truck and go exploring to find your new home on Midwest Horizon!

Corn, wheat, and barley stubble destruction have also been added.

Originally Created by CBJ Midwest Modding
Originally Created by Txzar Mapping
Converted to Farming Simulator 22 by Diniz Farms
Map Conversion Assistance Provided by OS Farms
New Trees Added by SquatchMonky
Visual Enhancements Added by Legacy Ag
Screenshots and Mapping Advice Provided by Large H Mapping
Corn Textures by AW Modding
Wheat and Barley Stubble Destruction XMLs by SeriousMods
Growth Calendar by MB Farms(Westby)
…and a special thank you to all of my testers and the streamers who took the time to play on the map. 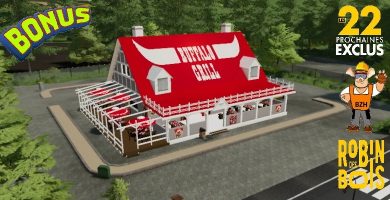 22 MODS all summer 2022. Here your bonuses see the day. For the first time on farming simulator. The BUFFALO GRILL open to player visits. 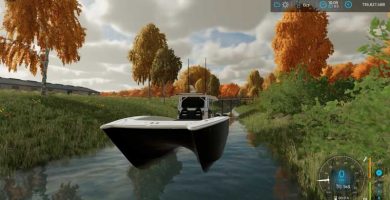 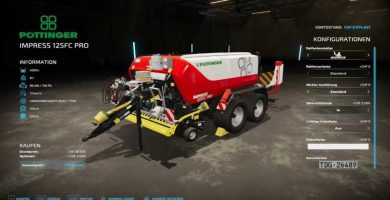 The Pöttinger Impress 125FC Pro from Giants from the Modhub. I installed a 20l silage additive tank, enough for about 230 bales. Furthermore, she now needs net rolls from the net foil addon from DD ModPassion (Modhub)
The silage additive MUST be charged before the net film, otherwise it won’t work… (I have no idea why, if anyone can help, go for it) 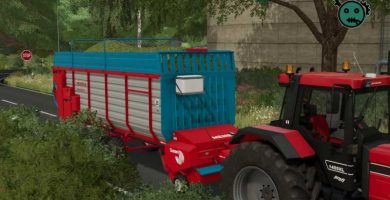 This Mengele loading wagon was brought into the 22 and made ready by me.
Thanks to PrivatPrivat and Oldenfarm, who had made this loader wagon ready in the 19er.

Features:
– Different tire configurations
– Fenders are configurable
– Configurable silage additive tank
And of course all standard functions of the LS22.

Thanks again to Stefan Maurus, who gave me the approval for this loading wagon.
With this in mind, I wish you a lot of fun with it! 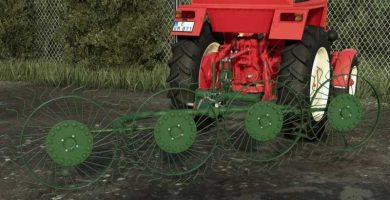 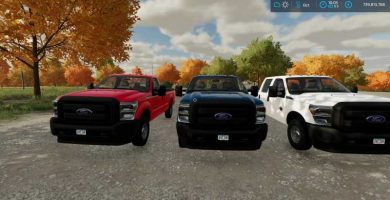 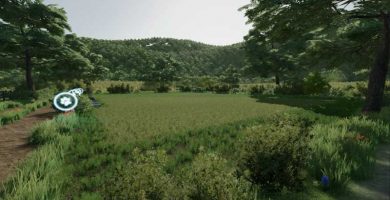