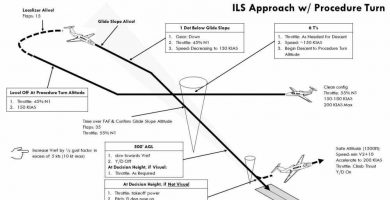 Some simple standard practice Flight Patterns for the CJ4 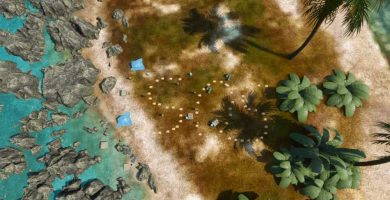 St. Jacob, a fishing boat set out three days ago to fishing from a harbor near Geroge Town on Exuma Island in the Bahamas. The ship should return 12 hours ago, the delay would not have been unusual without the savage storm that had swept through here last night. In addition, the crew is not responding. We have to look for that ship.

I would like to introduce my search and rescue mission, and it will be your task to find a lost fishing boat in the Bahamas. You will get 6 POI but only one is right. You have to find it.

IMPORTANT READ ME!!!
Although this mission is technically a bush trip, it has nothing to do with the bush trip. The mission will not lead you by the hand. You will get some basic information and you will have to look for the ship. How you do it is up to you. The VFR map is intentionally turned off. The mission can take about 30 minutes but also for several hours, depending on how you decide. Read the documentation for the rescue operation, plan your route yourself, create your own flight plan. You can use a little nav map but don’t scan the scenery file again, you could reveal where the ship is hidden. It is not necessary to visit all POIs. The mission will end when you land in the right place.

Advice:
Make sure you read the documentation for the rescue operation.
Use your favorite maps if you feel lost.
Do not follow POIs, they are shuffled, create your own plan.
Land as close to the sailors as possible.
The landing will be tricky, watch palm trees, take your time.

Unzip and put files in the community folder.

Instalation:
1. Download the file and place the “WizzAirGroundCrew” file from win rar in to your Microsoft Flight Simulator Community Folder
2. Thats it, Enjoy!

Warning:
Do not have any other ground crew clothing textures installed in the community folder as this will not work together. Wizz Air A320 Livery not included.

Notes:
Please comment bellow any feedback or comment another airline texture mod that does not yet exist on this website and I will try to do it for you. Summer and Regular clothes included 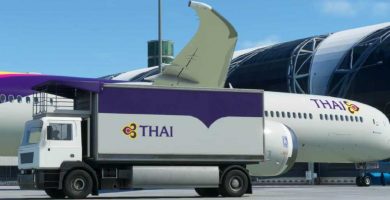 v1.1 (ETA: Mid December 2020)
Add 2 More Livery To Thai Airways Catering Truck Livery Pack
Add Some Detail On Livery That Have Been Released In v1.0
Fix Some Livery Part That Have Deflect And Bug On v1.0

Note
If Cabin Layout Have Any Bug Or Deflect. Please Comment Below (Feedback)
This Add-On Are Not For Sell And Not Use For Commercial Purpose
Livery May Not Accurate At All Due To Size Of Catering Truck Is Not Same As Real One
This File Is Download For Free And Enhance Your Experience In MSFS. And Let You Able To Donate If You Like Want To Donate
Please Open README Before Using Catering Truck Livery In Pack Or Website (Online) 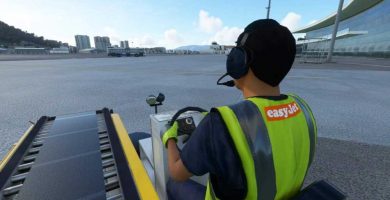 Hello everyone, I hope everyone is well!
Thought I’d make a little mod for all those easyjet fans or those who are flying as easyjet in FS2020.

Caution:
Ensure you do not have any other of my packs in your community folder or the pack may not work

Support:
If you have any problems please do not hesitate to leave a comment and I’ll get back to you as soon as I can! 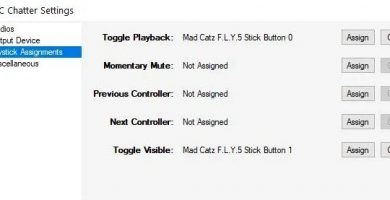 FS-ATC-Chatter is a smart ATC chatter player that can play mp3 clips of ATC communications. The player was written to play the 24,000+ ATC clip collection that is sold commercially on the Stick and Rudder Studios web site.

This upload contains the player and 400+ demo clips for the United States. You can add your own clips if you wish or purchase the larger collection from Stick and Rudder Studios.

To install simply download the archive and unzip it to your local drive. Read the UserGuide.pdf in the root folder for more information. 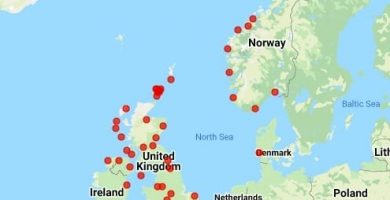 A collection of basic Loganair flight plans based off real life routes. Loganair is Scotland’s airline, providing regional UK flights and some flights to the near continent. This is not an exaustive list of all flights. Just a collection of the more interesting routes that the airline operates.

The worlds shortest operating route in the far islands off the north coast of Scotland.
A flight into the beach landing strip at Barra.
Major UK city routes, through to small regional airports scattered through the UK and beyond.

Uploaded in PLN format so they can be changed due to live weather presets.

To use, just extract folder anywhere you’ll find them easily for your convenience. When in the route planner ingame press SPACE then LOAD, and find the plan you want where you extracted the folder to earlier. Plans are saved as take-off airport/Arrival Airport…An example being…EGPDEGPH. So you can find the plan you want.

2. In it, you should find 2 more files. Namely,
–> A file named “XX_AIRFRAME_HUBLOT_EMIS.PNG.DDS”
–> And another .zip file named “original-file.zip”.
The “original-file” is basically a backup, so later if you want to go back to the old seats without Pepe, you can. More on that below.

4. Go to your ‘Official’ folder. (located in the same place as your community folder)
Don’t know where that is? No problem! Here is a tutorial by Clink123 that will help you find it: https://www.youtube.com/c/Clink123/videos

7. Last step, take the file that you had renamed, and drop it into here. You should get the pop-up asking you if you want to replace, hit yes. If this pop-up doesn’t come up, try following the steps again, something has probably gone wrong.

HOW TO GO BACK TO THE ORIGINAL TEXTURE?
–> Take the file in the “original-file.zip” named
“–_AIRFRAME_HUBLOT_EMIS.PNG.DDS”
Rename it by following step 4, then follow step 8.

This mod is purely for fun 🙂