What truck is complete without a trailer, right? Most of the time, when you’re in-game in the ATS universe, you’re pulling a trailer, transporting cargo and carrying huge loads. The trailer and driving it from point A to B earn you money in the game and what is essentially the primary goal of American Truck Simulator. However, even though SCS Software (game developers) have put in a lot of attention towards making unique and detailed trailers, over time, the cargo transport gets repetitive, and you can see the same-looking trailers over and over again.
There is, of course, trailer customization but in reality, downloading ATS trailers mods is a much quicker and simpler way of customizing your in-game trailers and modifying gameplay experience.
By downloading free trailer mods for American Truck Simulator from Gamersmods, you can transport, even more, bigger, heavier or more challenging cargo. For example, you can download a dump trailer mod or a mod for a trailer in the ATS game that will make your truck look like the Road Trains of Australia. There’s nothing like that if you’re looking for even bigger challenges or more realism. Speaking of which, you can download trailers that resemble those, biggest companies are using in real-life. You can look like you’re delivering FedEx shipments or transporting goods for Walmart.
All mods are completely free and available for download. Don’t forget to rate the ATS trailer mod if you enjoyed it. 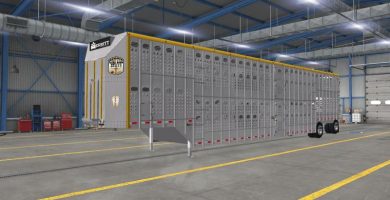 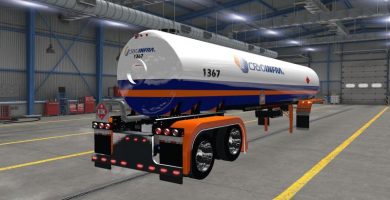 IF YOU DOWNLOADED VERSION 1.0, YOU MUST SELL YOUR CURRENT FUEL TRAILERS AND BUY NEW ONES.

Version 1.1:
– New bodies added (Chrome and Paint)
– Errors regarding sounds have been fixed
– Compatibility for Idaho and Utah has been added 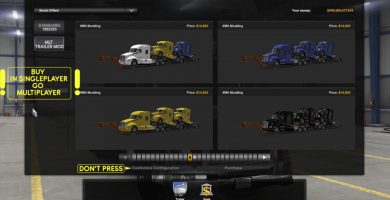 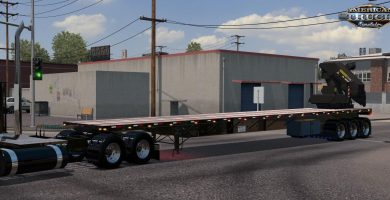 Transcraft tl2000 Trailer – adaptation of the flatbet trailer with the addition of a crane to the rear of the platform. Quality trailer mod just good to transport heavy loads in ATS game.

Features mod Transcraft tl2000 Trailer:
– Autonomous;
– Sold by a trailer dealer in a separate slot;
– Support for cables;
– Animation of supports;
– Your cargo;
– Painted;
– A bit of tuning;
– customised fenders. 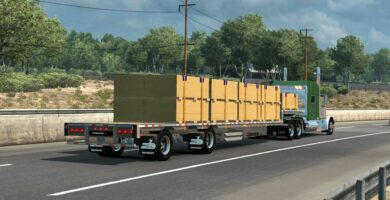