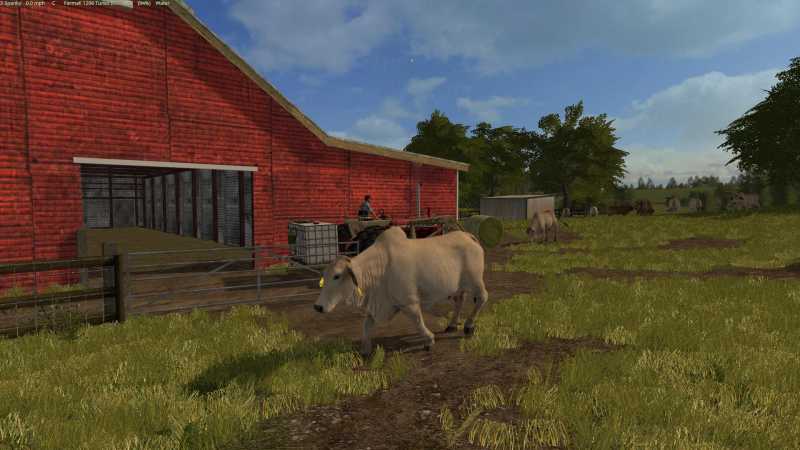 Description: Breeding Cows / Brahmas Mod Installation Instructions, Version 1.0.0.0b This mod allows a player to install Brahmas (can't seem to get used to calling them Zebu) on any map in place of the dairy cattle. It replaces the dairy cattle with Brahmas in the default Giants cow nav mesh. Additionally, for those players using the Seasons mod, it explains how to change Seasons animal data embedded in either the map itself, or a Seasons GEO mod, to create breeding cattle (a cow-calf operation) in place of the dairy. Please note that this mod requires a single change in the map.i3d file and editing in the seasons_animals.xml using a text editor. You cannot simply drop this mod in the mod folder and expect it to work (that's why the zip file includes UNZIP in its title). That said, the changes are simple enough that almost anyone can do it -- almost anyone, cause as my wife has taught me, some folks are just all thumbs. Moreover, altho this mod is working just fine on LoneOak and was installed on SouthernParish last night with no problems, it isn't fully tested under all circumstances -- but there are no log errors and have noted no other ingame problems (no frame rate drops or other issues). However, since FS19 will be released soon, thought it best to go ahead and release this quickly -- so let's call it a beta. Also, please note that installing the Brahmas is not required to create a cow-calf operation in the Giants animal husbandry mesh -- it works just fine w/o them if running Seasons (which most maps now support). Part 1: Creating a Cow-Calf Operation in the Giants cow nav mesh... First, copy the seasons_animals.xml to the target map, or Seasons GEO, in the appropriate location so that Seasons recognizes and loads it when starting up the map. (ProTip: If the map author included the seasons_animals.xml in the map or GEO build, simply edit that file.) Next, open the seasons_animals.xml file in your favorite text editor and change the cows reproduction rate to emphasize spring calving (which I've currently set to 0.05) with tapering summer calving (0.025 at present). Both autumn and winter are set to (0). The goal is to have a calving rate of 40 to 60 percent over the Spring and Summer, since the idea is to profit from breeding the animals instead of selling their milk. Now set milk production to zero (0) for all seasons (you're gonna miss that consistent income). Finally, set cow upkeep to a much lower value. If we had to pay $20-40 per month to maintain one animal (in addition to feed and other production factors modeled in FS) beef prices would skyrocket (no one could afford to run cows outside a dairy). At present, during the Spring, I've set upkeep at $3 and for the Summer at $2 to account for veterinary problems associated with calving. Autumn and Winter are set to $1. Am considering increasing hay usage (am using the hay as grass mod, cause it makes sense), esp. during the Winter, as it seems fairly low, but then we didn't feed silage and used minimal bagged feed IRL (power food?, please don't make me laugh). However, our farm is located in the South where winters are relatively mild and it rarely snows. The main issue in all this is the selling price for cows (something we can't adjust in the seasons_animals.xml), however Seasons tracks this price graphically (LAlt + S, second screen and scroll down) which varies over the year. There is a spike in prices about mid-Summer which corresponds nicely with IRL summer calf-selling. But Seasons (or Giants for that matter, am still working this out and testing it) only pays about 1/6 of that amount which is (really, really) bad if selling cows you purchased previously, but just about right for young summer steers and heifers... So, there you have it -- breeding animals in the Giants cow mesh using Seasons. Part 2: Installing Brahmas in the Giants cow nav mesh... Please note: Seasons is not required to do this -- Brahmas can be installed on any map with the standard Giants cow nav mesh, with or without Seasons. First, in the target map, in the maps folder, create a new folder labeled "character" (if one doesn't already exist). Then, copy the complete Brahmas (Zebu) folder into "character". The Brahmas folder should have all of its xml, i3d, texture and shader files in it (so there is no need to link to anything else in the map). In the map.i3d (using your favorite text editor), locate the main (root) cows TransformGroup (i.e.: ). Copy this TransformGroup's nodeID into the text editor's search function (nodeID="XXXX"). This search should take you to the "" for the TransformGroup. The last line in this UserAttribute should read "". Change this line to point at the "zebuAnimalHusbandry.xml" file you've placed in the character folder: "". And that's it. One final note concerning putting Brahmas in a map: If you purchased the Platinum expansion, it's probably possible to install them by simply pointing the above UserAttribute at the Giants Brahmas (i.e.: "". Don't know for sure it will work (don't have the Platinum expansion), but it seems logical... As always, YMMV. Thanks to jb3pc4sale for permission to release the Brahmas from his BatesCassCountyUSA map as part of this (quick and dirty) cow-calf breeding mod. And thanks to Ag Hauler for motivating me to write these instructions. Regards, Spanky Authors: Spanky 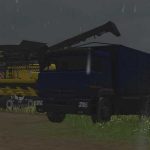 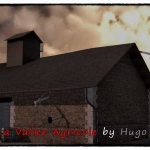 Description: The agricultural valley is a small map of the plains style there is a concession Agram a cooperative Biocer a small village between fields and swamp it contains a pig farm and a cereal farm and there are 22 plots Credits: Hugo Mapping, Vin’s Play, Axel Modding MAP IN OPEN SOURCE Here are good […] 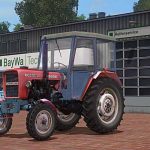 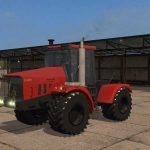 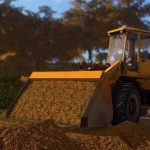