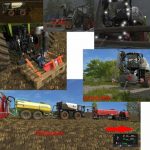 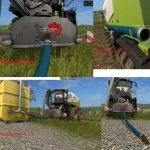 Description: Hello everyone. Today i want to introduce my editing of the SGT slurrytank for the Claas Sattletrac from Smety. I would like to emphasize it again: This is Smetys mod. I have just edited it. Unfortunately there is no release by Smety. I tried to contact him on several ways, but i did not receive any response. Since i waited since 12. September for an answer and FS19 will appaer soon and Smetys mod, at least with me, did not work well, so i decided to puplish my revision. I hope this is ok for you. If somebody has contact to Smety: Please tell him about my release. Maybe he want to contact me after all. Credits: Model ingame: FS15: Smety, Angelus; FS17: Smety; Others: monteur1, upsidedown, Bayerbua, Wopster, Xentro, Sven777b, Blacky_BPG, Giants Please report, if i forgot someone. Mod: SGT Slurrytank for Claas Xerion Sattletrac by Smety Volume: 16000 liters Load: Water, slurry, digestate Emptied with emptyme script by Blacky_BPG Compatible with hosesystem mod V.1.1 by Wopster and Xentro. This means slurry / digestate can be charged and discharged by hose or pipe. With the hoses the tank can also be emptied (sorry for the slurry animation when water is emptied). There is a buyable holder for a hose Compatible with the Gullepack by monteur1. With the pipe the tank can be filled on vehicles of that pack The tank can also, according to the Giants standard, be filled by approach to the slurry storage Can also be used as a water carrier and to water the animals Analogous to Smetys sattletrac the colours black, white and Claas green can be chosen. White is cheaper because it was applied manually The tank works with the Giants helper, AIVehicleExtension and with courseplay There is also a slurry spreader with an Zunhammer head Working width: 14,8 meters Works with the Giants helper, AIVehicleExtension and courseplay Is delivered on pallet and can be transported with the frontloader Is coupled to the tractor Is not compatible with the tension belts and UAL I wish a lot of fun with the mod. I´m pleased about factual criticism and praise. Authors: Model ingame:FS15: Smety, Angelus; FS17: Smety; Xentro; Scripts: upsidedown, Bayerbua, Wopster, Sven777b, Blacky_BPG, monteur1, Giants 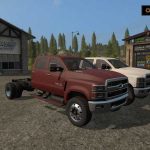 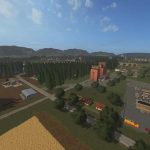 Description: The map is fictitious of me and is especially suitable for single players who value a lot on helper friendliness. Version 2.0 – Forestry area worked, new sawmill, replanted many trees and brought to the ground – Digital display inserted and much more SeasonMod is synonymous. It may be that a few small optical […] 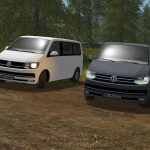 Description: Today I will make my Volkswagen T6 Multivan available to you. Since it is still a beta version, it could come to some mistakes. If you notice something, write it here in the comments, so I can fix them as soon as possible. IT IS NOT ALLOWED TO RENEW THIS MODIFICATION OR PARTS AGAIN! […] 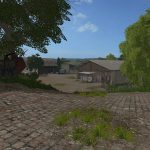 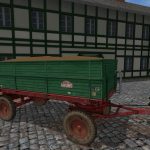 Description: Hello Community! Version 0.9.9 UAL für Rundballen, Quaderballen, Paletten etc Today we provide a real all-rounder for you. The Bruns 7.1t! He has gotten a bit old, but cost-effective and very versatile. Whether in the grain harvest, Maishäckselarbeiten, timber transport, water supply, or the straw recovery with the Welger press, the Bruns 7.1t is […]